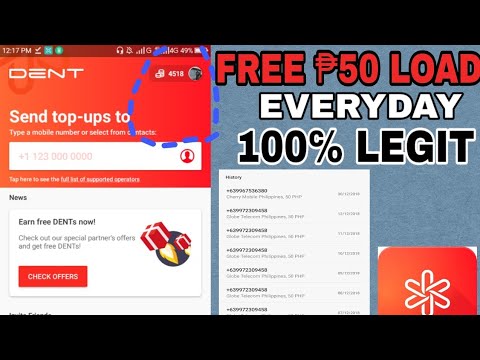 Blockchain, you might have heard all those hypes and saying, “Blockchain is the future”. Well, it sure is and we can already see the blocks of blockchain building the future in most of the areas/scopes. And one of those areas is Telecommunication.
Dent is a blockchain-based telecommunication project. Dent allows the users to buy the data packs and do free mobile recharge online/ top-ups around the world in a decentralized way.
The rates are relatively cheaper than the usual carrier tariffs. The users can accumulate the project’s native coin called Dent Coins either by buying the Dent Coins via PayPal, MasterCard, or referring the friends and families. And those accumulated coins can be exchanged for data packs or free mobile recharge/top-ups.
Here in this post we’ll focus on how to earn free Dent coins which can be used to buy data packs and free mobile recharges/ top-ups.
Note: Since the daily volume is very fixed and limited, be sure you catch up the free recharge as early as you can. Else all available online recharge will be “Sold Out” for that day and will be made available next day.
Dent is genuine project and focuses on revolutionizing the telecommunication industry. Be early part of the project by downloading the app now and using the Dent coins to top-up your phone unlimited.
(credits) prabidhi.info
PostedBy Admin
Share to: